Home >> News >> Differences between Surge Arrester and and Lightning Arrester

Differences between Surge Arrester and and Lightning Arrester

Different terms used for arresters are sometimes confusing even professional engineers and electricians use them interchangeably. We will discuss the main difference between the different types of arresters such as surge arrester, lightning arrester, surge suppressor, and lighting rod as sometimes, they may be used for the same purpose. The difference shows that what kind of system you want to protect from what and how?

Let’s see the basic definitions of the following arresters.

Surge Arrester: is a device used to protect the electrical installations and equipment from electrical surges and transient voltage caused by electrical faults, switching, short circuits, sparks, and lightning, etc. Surge arresters are installed inside the panels to cancel out the surges.

Lightning Arrester: is a device used to protect the electric circuit and connected devices from lightning strikes having high voltage transient surges. Lightning arresters are installed outside to ground the harmful effects of lightning spikes.

Surge Suppressor: Also known as a transient suppressor or surge protector is a device installed in the home panel board to protect the connected circuits from electric surges and voltage spikes known as transients.

Lightning Rod: It is a device installed on the height location i.e. top of the building and transmission towers to provide a path to ground the lightning strokes. The lightning rod protects the structure from lightning surges. 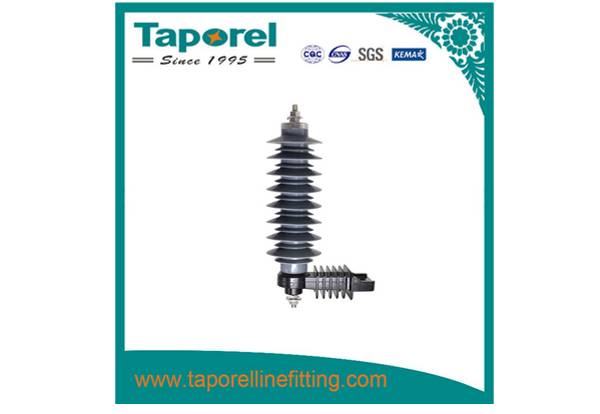 Surge arrester installed inside the panel board while lightning arrester is installed outside.

Surge arrester protects the system from lightning, switching, electrical faults, and other transients voltage and surges while lightning arrester is mainly used for lightning strikes and associated surges.

Good to Know: A surge suppressor should not be used for protecting a circuit from lightning-produced transients and surges.

How Does a Surge Arrester Work?

The purpose of a lightning arrester is to protect the insulation/assembly from high DV/DT that peaks at transient values that exceed the breakdown of the insulation or assembly. Lightning strikes are one of the common causes of voltage surges. Another common cause is switching in induction circuits.

The importance of Surge Arrester

A lightning arrester is a voltage-activated device that protects computers and other electronic equipment from surges or transient voltages in power or data cables, whether they are lightning or switching surges. Lightning arresters work by diverting additional voltage to the ground instead of flowing through electronic equipment while allowing normal voltage to continue along its path.

If you want to get more information about the best surge arrester wholesale price,  welcome to contact us.

Products
Get in Touch